Skip to content
May 06, 2021
The annual pollution of waste water, sludge, waste gas, and waste residue discharged by the paint industry cannot be ignored. In particular, large amounts of VOCs (organic volatiles) emitted during the production and use of paints have attracted the attention of the relevant state agencies and the general public. The advantages of environmentally friendly powder coatings have gradually emerged. On April 20, the Secretary General of the Coatings and Coatings Professional Committee of the China Chemical Society, Liu Zexi, said in an interview with reporters that in recent years, the environmental superiority of powder coatings and the advantages of energy-saving and emission reduction have become increasingly prominent, and the industry is faced with rare opportunities for development. 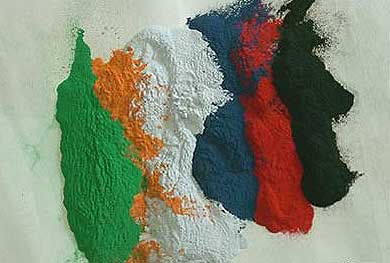 Liu Zexi told reporters that the "Eleventh Five-Year Plan for Development of the Coatings Industry" and the "Long-Term Development Plan for the Science and Technology of the Coatings Industry" clearly stated that it is necessary to vigorously develop environmentally friendly powder coatings. Among them, the "Eleventh Five-Year Plan for Development of the Coatings Industry" put forward: By 2010, the output of environmentally friendly coatings such as waterborne coatings, UV-curable coatings, powder coatings, solvent-free coatings, and high-solid powder coatings should account for 80 percent of total coating output. %, VOC content in various coatings is reduced by 50%. It is forbidden to use toxic and hazardous substances (such as tributyltin, DDT, etc.) as specified in the relevant international conventions, and scientifically limit harmful substances (such as heavy metals, benzene series, and formaldehyde) in the coating. At the same time, the full implementation of paint production, safe production and civilized production.

The "Science and Technology Long-Term Development Plan for Coatings Industry" puts forward that in the next 10 years, China will drastically reduce the proportion of traditional solvent coatings in industrial coatings, and its share will be sharply reduced from the current 50% to 5%. In 10 to 15 years, the traditional coating industry will adopt new technologies for grafting and transformation, which will ultimately reduce the market share of traditional solvent coatings to less than 1%.

â€œThese plans provide a rare opportunity for the development of environment-friendly powder coatings. In the future, environmental-friendly coatings, including water-borne coatings and powder coatings, will gradually replace traditional solvent-based coatings and become the leading products in the market. The powder coatings are environmentally friendly and energy-saving. And economic performance, will continue to be recognized and accepted by people, and ultimately will become the preferred coating type in the fields of industry, civil, construction and other fields.â€ Liu Zexi said.

According to reports, the powder coating production process is basically no "three wastes" emissions. After nearly 30 years of development, China's powder coating production technology has been very mature. The product yield of powder coating exceeds 95%, and the ultra-fine waste powder with a content of less than 5% produced during the production process can be reused for production after being recovered by the recycling system, basically achieving zero emissions. At the same time, the storage, transportation, and sales of powder coatings are free of the inherent fire hazards and environmental hazards of solvent-based coatings, and they are safe for transportation, storage, and use. More importantly, there is no emission of pollutants during the coating (ie, use) process of powder coatings. Powder coating once powdered rate can reach 70% or more. The overspray powder is recovered by the recycling system and returned to the powder supply tank. After being mixed with the new powder in a certain proportion, it can be reused. Its comprehensive utilization rate exceeds 95%. Even the remaining 5% of the waste powder can be recovered by the coating company, and then handed over to the manufacturer for re-processing, so that the â€œthree wastesâ€ of zero emissions can be truly achieved.

Compared with liquid paints, the advantages of powder coatings are even more pronounced. At present, the paint rate of liquid paint is only 30% to 50%. This means that 50% to 70% of the paint cannot be applied to the work piece during the painting process, but it becomes waste paint slurry or VOC discharged into the environment. Because the disposal of these waste slurries is very difficult, VOCs are not only harmful to the human body, but have also proven to be one of the major greenhouse gases that contribute to global warming. Therefore, the developed countries began to restrict the development of organic solvent-based paints including paints around the year 2000, and set strict limits on VOC emissions from furniture and interior decoration materials. With the continuous improvement of the â€œgreen barriersâ€ of imported products by developed countries such as the European Union, the United States, and Japan, as well as a series of environmental protection policies and regulations introduced in China, the development of organic solvent-based coatings including liquid paint will be increasingly affected. With more restrictions, its proportion in the total amount of industrial and civil coatings will continue to be reduced and gradually replaced by powder coatings that combine decorative, energy saving, economical, and environmental performance.

However, Liu Zelu also pointed out that the lag or lack of relevant standards is seriously restricting the development of China's powder coating industry, and this issue must be resolved as soon as possible. For example, in response to the large amount of VOCs released during the use of organic solvent-based paints, developed countries have successively promulgated regulations such as â€œStandards for VOC emissions in automotive coatingsâ€, â€œStandards for VOCs in architectural coatingsâ€, and â€œLimits for hazardous substances in paintsâ€ and other regulations. And standards, and China has not yet a national standard for VOC emissions, resulting in high VOC emissions, including organic solvents such as paint, still occupy the mainstream position of the paint industry. Taking 2008 as an example, China's industrial paint output was 4.4 million tons, the vast majority of which was solvent-based liquid paints. A total of more than 3 million tons of volatile organic solvents were discharged into the atmosphere throughout the year.

To this end, Liu Zejun suggested that the state should introduce regulations and standards for limiting VOC emissions as soon as possible, reduce the production and use of solvent-based coatings, create a favorable policy environment for the promotion of environmentally friendly powder coatings and water-based coatings, and boost the health of the powder coating industry. Sustained and rapid development to ensure that the paint industry's "Eleventh Five-Year" energy-saving emission reduction targets and the realization of medium and long-term science and technology development plan.